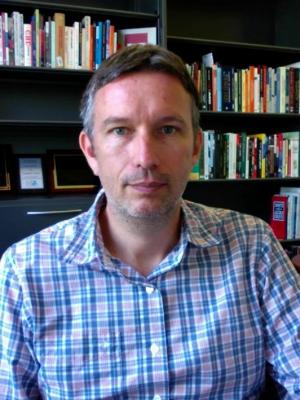 Race and racism; social categories and identities; ethnomethodology and conversation analysis; interactions in conversational and institutional settings; conflicts and violence in interactions

My primary research interests for the past 15+ years have been at the intersection of social interaction and race/racism. Specifically, I have worked to develop a research agenda and approach that applies an ethnomethodological, conversation analytic approach to the study of race and the other social categories and forms of social organization with which it intersects. The focus of this research is the fine-grained examination of some ways in which the social organization of race is produced and reproduced through the locally organized, everyday practices of people in interaction with one another.

More recently, I have been working in collaboration with multi-disciplinary and multi-methodological groups of colleagues located at a number of institutions in the United States, Canada, and South Africa on research focused on advancing research and theory on conflicts and violence in both everyday interactional settings and in police encounters. My primary role in these projects involves using ethnomethodological and conversation analytic approaches to examine how violence comes to be produced during the course of interactions captured on video – either by onlookers (e.g., cell phone videos), or as a result of institutionally mandated recording (e.g., police dashboard cameras). In particular, I have focused on examining how membership categories (including race, gender, and others) are made relevant and managed in these interactions, and how violence emerges from the moment-by-moment sequential unfolding of the interactions.

In addition to these areas of “applied” conversation analytic research, my research has also contributed to more “basic” understandings of social interaction and social categories more generally, and my collaborations with colleagues and students have focused on a range of topics that intersect with various features of social interaction in ordinary conversational, research, and text-based (e.g., online) settings.

Managing the categorical relevance of speaker self-presentation. Language in Society.

Whitehead, K. A. (in press). On Sacks and the analysis of racial categories-in-action. In

Whitehead, K. A. (2020). The problem of context in the analysis of social action: The case of

Whitehead, K. A. (2018). Managing the moral accountability of stereotyping. Journal of

Whitehead, K. A. (2015). Everyday antiracism in action: Preference organization in responses to racism. Journal of Language and Social Psychology, 34(4), 374-389.

Whitehead, K. A. (2013). Managing self/other relations in complaint sequences: The use of self-deprecating and affiliative racial categorizations. Research on Language and Social Interaction, 46(2), 186-203.

Whitehead, K. A. (2012). Racial categories as resources and constraints in everyday interactions: Implications for racialism and non-racialism in post-apartheid South Africa. Ethnic and Racial Studies, 35(7), 1248-1265.

My main teaching areas are on courses relating to language, interaction, and social organization, including: