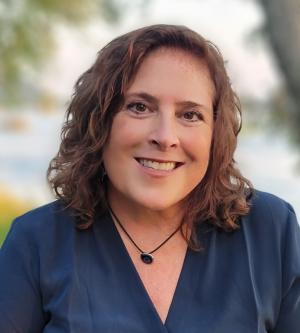 Lisa Hajjar has an international reputation for her work on sociology of law and conflict, human rights, political violence, and contemporary international affairs. She is an interdisciplinary scholar who contributes to multiple fields in the social sciences and humanities, including Middle East Studies, American Studies, and Law and Society. Her current research focuses primarily on the US “war on terror,” particularly around the issues of torture, targeted killing, and Guantanamo. She is the only social scientist who has traveled to Guantanamo (14 times to date), where she conducts research and writes about the military commissions. Another area of current research focuses on human rights in the Arab world. Her journalistic writings have been published by The Nation, Al Jazeera English, Middle East Report, and Jadaliyya.

The War in Court: Inside the Long Fight against Torture. University of California Press, forthcoming 2022.

Genealogies of Human Rights in the Arab World, coauthor with Omar Dewachi. In progress.

Torture: A Sociology of Violence and Human Rights. Routledge, 2013.

The Afterlives of Torture: The Global Implications of Reactionary US Politics. State Crimes 8/2 (2019).

The Counterterrorism War Paradigm versus International Humanitarian Law: The Legal Contradictions and Global Consequences of the US “War on Terror.” Law & Social Inquiry 44/4 (2019). * Honorable Mention for Best Article 2020 from ASA Sociology of Human Rights Section.

In Defense of Lawfare: The Value of Litigation in Challenging Torture. In Scott A. Anderson and Martha C. Nussbaum, editors, Confronting Torture: Essays on the Ethics, Legality, History, and Psychology of Torture Today. University of Chicago Press, 2018.

From The Manchurian Candidate to Zero Dark Thirty: Reading the CIA’s History of Torture through Hollywood Thrillers. Film and History 47/2 (Winter 2017).

Lawfare and Armed Conflict: A Comparative Analysis of Israeli and US Targeted Killing Policies and Legal Challenges against Them. In Lisa Parks and Caren Kaplan, editors, Life in the Age of Drone Warfare. Duke University Press, 2017.

Does Torture Work? A Socio-Legal Assessment of the Practice in Historical and Global Perspective. Annual Review of Law and Social Science 5 (2009).

International Humanitarian Law and “Wars on Terror”: A Comparative Analysis of Israeli and American Doctrines and Policies. Journal of Palestine Studies 36 (Autumn 2006).

Chaos as Utopia: International Criminal Prosecution as a Challenge to State Power. Studies in Law, Politics, and Society 31 (2004).