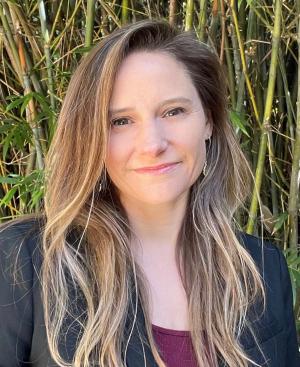 Despite large-scale social changes over the last several decades, gender is still a key factor that influences who becomes a leader or entrepreneur, who makes scientific discoveries, and who shoulders responsibility for housework and caregiving. The central goal of my research is to identify and understand social psychological and institutional-level processes that reproduce particularly persistent forms of inequality like these. To this end, I employ multiple methodologies, including experimental studies, survey analysis, cross-national comparisons and in-depth interviews. Recent and ongoing projects identify how 1) cultural beliefs about men’s and women's traits and abilities and 2) organizational norms and practices matter for understanding phenomena such as men’s overrepresentation in science, engineering and entrepreneurship, the household division of labor, and gendered patterns of workplace authority.

My research has been funded by agencies such as the National Science Foundation and the Kauffman Foundation, received awards, including from the Social Psychology and Inequality, Poverty and Mobility sections of the American Sociological Association, and been profiled in The New York Times, NPR, The Atlantic, The Wall Street Journal, Time, The Economist, NBC, USA Today and other leading media publications. In addition to academic work, I publish press articles and policy briefs about my research which have appeared in Newsweek, Time, Salon, Fast Company, BBC, CBS, The Conversation, and Fortune, among other outlets.

At UC Santa Barbara, I am Associate Professor of Sociology, Director of Graduate Studies in the Sociology Department, Faculty Affiliate of the Technology Management Program, and Research Associate at the Broom Center for Demography. Before arriving at UCSB, I earned a Ph.D. in Sociology from Cornell University and was a postdoctoral researcher at Princeton University.

Thébaud, Sarah and Catherine J. Taylor*. Forthcoming. “‘The Specter of Motherhood: Culture and the Production of Gendered Career Aspirations in Science and Engineering." Gender & Society 35(3).

Thébaud, Sarah and Laura Halcomb. 2019. “One Step Forward? Advances and Setbacks on the Path Toward Gender Equality in Families and Work.” Sociology Compass 13(6):1-15.

Weeden, Kim A., Sarah Thébaud, and Dafna Gelbgiser. 2017. “Degrees of Difference: Gender Segregation of US Doctorates by Field and Institutional Prestige.” Sociological Science 4:123-150.

Thébaud, Sarah. 2016. “Passing up the Job: The Role of Gendered Organizations and Families in the Entrepreneurial Career Process.” Entrepreneurship Theory and Practice 40(2):269-287.

Thébaud, Sarah. 2015. “Status Beliefs and the Spirit of Capitalism: Accounting for Gender Biases in Entrepreneurship and Innovation.” Social Forces 94:61-86.