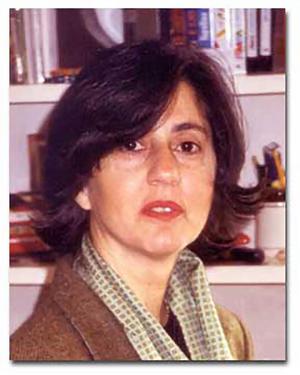 I am a cultural sociologist engaged in comparative-historical research through an interdisciplinary approach. Focusing primarily on the first half of the twentieth century, my work examines the production and circulation of meaning in historical experience. It draws on visual and textual narratives to assess the dynamic nature of political and social phenomena, especially during times of traumatic transformations. And it looks at cultural forms as helping to mediate the boundaries between official history and people’s lived experience, the public and the private. My award-winning book, Fascist Spectacle: The Aesthetics of Power in Mussolini’s Italy (1997), employs the category of “aesthetic politics” to analyze the role that symbolic discourse — myths, rituals, images and speeches — played in the making of the fascist regime and the construction of Mussolini’s power. In turn, Rethinking the Political: The Sacred, Aesthetic Politics, and the Collège de Sociologie (2011) utilizes the notion of “the sacred” to address 1930s French analyses of the “crisis of democracy” amidst the growing rise of totalitarianisms. My current book project examines shifts in Italians’ perception of fascism in the years immediately following the fall of Mussolini’s regime in July 1943. Inspired by Raymond Williams’s concept of “structures of feeling” and based on more than one hundred private diaries of ordinary citizens, the book is a hermeneutical investigation of how Italians negotiated their historical situatedness after twenty years of fascist dictatorship.

I am the recipient of grants and awards from the American Philosophical Society, the European University Institute, the Centre National de la Recherche Scientifique, the National Endowment for the Humanities, and more recently the National Humanities Center, where I was the Archie K. Davis fellow during the academic year 2018-2019.

Waste and Consumption: Capitalism, the Environment, and the Life of Things (New York: Routledge, 2011).

Italy and the Public Sphere, special issue of Journal of Modern Italian Studies vol. 18, no. 3 (June 2013), coedited with Richard Kaplan.

Social Theory, Culture and Politics, Waste and the Environment, SOC294