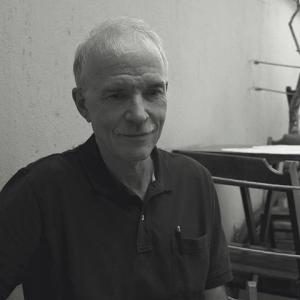 Social and political theory, history of social thought, Africa and the Middle East, Sociology and Politics of Crime and Law

I grew up in the New York-New Jersey metropolitan area and attended Trinity College, Hartford, during which time I became active in the social justice movements of the late 1960s, like Students for a Democratic Society, Hartford’s Other Voice, and the Black Panther Defense Committee. In the 1970s, I became a Marxist-Humanist and a scholar-activist, which is when I drove a taxi for five years.

I received a PhD in Sociology from the City University of New York Graduate Center in 1983. I lived in the Chicago area for 25 years, during which time I taught at Northern Illinois and Purdue Universities and served as Literary Agent for the Estate of Raya Dunayevskaya. Since 2009, I have been teaching in the Sociology Department at the University of California, Santa Barbara, with affiliations to the Departments of Political Science, Feminist Studies, and Global Studies. Since 2009, I have also been active in social justice movements in the Los Angeles area, where I work with the International Marxist-Humanist Organization.

I have held fellowships and grants from the American Council of Learned Societies and the National Endowment for the Humanities, among others. My books include Marx at the Margins: On Nationalism, Ethnicity, and Non-Western Societies (University of Chicago Press, 2010/2016-also French-Japanese-Turkish-Persian-Arabic-Portuguese), Foucault and the Iranian Revolution: Gender and the Seductions of Islamism (with Janet Afary, University of Chicago Press, 2005- also Turkish-Portuguese), and Lenin, Hegel, and Western Marxism (University of Illinois Press, 1995- also Chinese-Turkish-Japanese). I and my partner Janet Afary, a scholar of Iran and feminism, have been together since 1985.